What is economic freedom? Why is it important and how does it produce growth and prosperity? Listen, learn, and discuss with some of the best economists and leading policymakers from around the world.

Outstanding Israeli students, from all fields of study, second-year undergraduate and above (Including BA, MA and PHD students), who aspire to leadership, are encouraged to apply to this exclusive program. Formal lectures, informal discussion sessions with faculty, off-site excursion.

For inquiries, email us at info@fei.org.il

Taylor’s fields of expertise are monetary policy, fiscal policy, and international economics. His book Getting Off Track was one of the first on the financial crisis; his latest book, First Principles, for which he received the 2012 Hayek Prize, develops an economic plan to restore America’s prosperity. His most recent book is Choose Economic Freedom: Enduring Policy Lessons from the 1970s and 1980s with George P. Shultz.

Taylor served as senior economist on President Ford’s and President Carter’s Council of Economic Advisers, as a member of President George H. W. Bush’s Council of Economic Advisers, and as a senior economic adviser to Bob Dole’s presidential campaign, to George W. Bush’s presidential campaign in 2000, and to John McCain’s presidential campaign. He was a member of the Congressional Budget Office’s Panel of Economic Advisers from 1995 to 2001. From 2001 to 2005, Taylor served as undersecretary of the Treasury for international affairs where he was responsible for currency markets, international development, for oversight of the International Monetary Fund and the World Bank, and for coordinating policy with the G-7 and G-20.

Taylor received the Bradley Prize from the Bradley Foundation and the Adam Smith Award as well as the Adolph G. Abramson Award from the National Association for Business Economics. He was awarded the Alexander Hamilton Award for his overall leadership at the US Treasury, the Treasury Distinguished Service Award for designing and implementing the currency reforms in Iraq, and the Medal of the Republic of Uruguay for his work in resolving the 2002 financial crisis. At Stanford he was awarded the George P. Shultz Distinguished Public Service Award, as well as the Hoagland Prize and the Rhodes Prize for excellence in undergraduate teaching. He is a fellow of the American Academy of Arts and Sciences and the Econometric Society; he formerly served as vice president of the American Economic Association.

Taylor received the 2016 Adam Smith Award from the Association of Private Enterprise Education and the 2015 Truman Medal for Economic Policy for extraordinary contribution to the formation and conduct of economic policy.

His latest book is Gambling With Other People’s Money: How Perverse Incentives Caused the Financial Crisis (Hoover Institution Press, 2019). Roberts explores the role that past bailouts played in the risk-taking that led to the financial crisis of 2008. In How Adam Smith Can Change Your Life: An Unexpected Guide to Human Nature and Happiness (Portfolio/Penguin 2014), Roberts takes the lessons from Adam Smith’s little-known masterpiece, The Theory of Moral Sentiments, and applies them to modern life.

He is also the author of three economic novels, all of which teach economic lessons and ideas through fiction. The Price of Everything: A Parable of Possibility and Prosperity (Princeton University Press, 2008) tells the story of wealth creation and the unseen forces around us that create and sustain economic opportunity. The Invisible Heart: An Economic Romance (MIT Press, 2002) looks at corporate responsibility and a wide array of policy issues, including anti-poverty programs, consumer protection, and the morality of the marketplace. His first book, The Choice: A Fable of Free Trade and Protectionism (Prentice Hall, 3rd edition, 2006) is on international trade policy and the human consequences of international trade. It was named one of the top ten books of 1994 by Business Week and one of the best books of 1994 by the Financial Times.

Together with filmmaker John Papola, Roberts has produced two rap videos on the ideas of John Maynard Keynes and Friedrich Hayek, both of which have had more than 11 million YouTube views, have been subtitled in 11 languages, and are used in high school and college economics classrooms around the world. He is also author of the poem and animated video “It’s a Wonderful Loaf,” which elucidates the patterns of daily life that emerge without coordination. His series on the challenge of using data to establish truth, The Numbers Game, can be found at PolicyEd.org. Roberts archives his videos and other work at RussRoberts.info.

Dr. Lawson is a founding co-author of the Fraser Institute’s Economic Freedom of the World annual report, which presents an economic freedom index for over 160 countries. Lawson has authored or co-authored over 100 journal articles, book chapters, policy reports, and book reviews. With Benjamin Powell, he is co-author of the Amazon Bestseller, Socialism Sucks: Two Economists Drink Their Way Through the Unfree World (Regnery Publishing). Lawson’s research has been cited over 10,000 times according to Google Scholar.

Lawson is married to the talented choreographer and writer, Tracy Lawson, and has one daughter. In his spare time, he enjoys playing vintage base ball, hiking, running, cooking, working on his ’68 VW bug, and watching sports of all kinds. He loves Cincinnati chili, the Bengals, and the Reds. 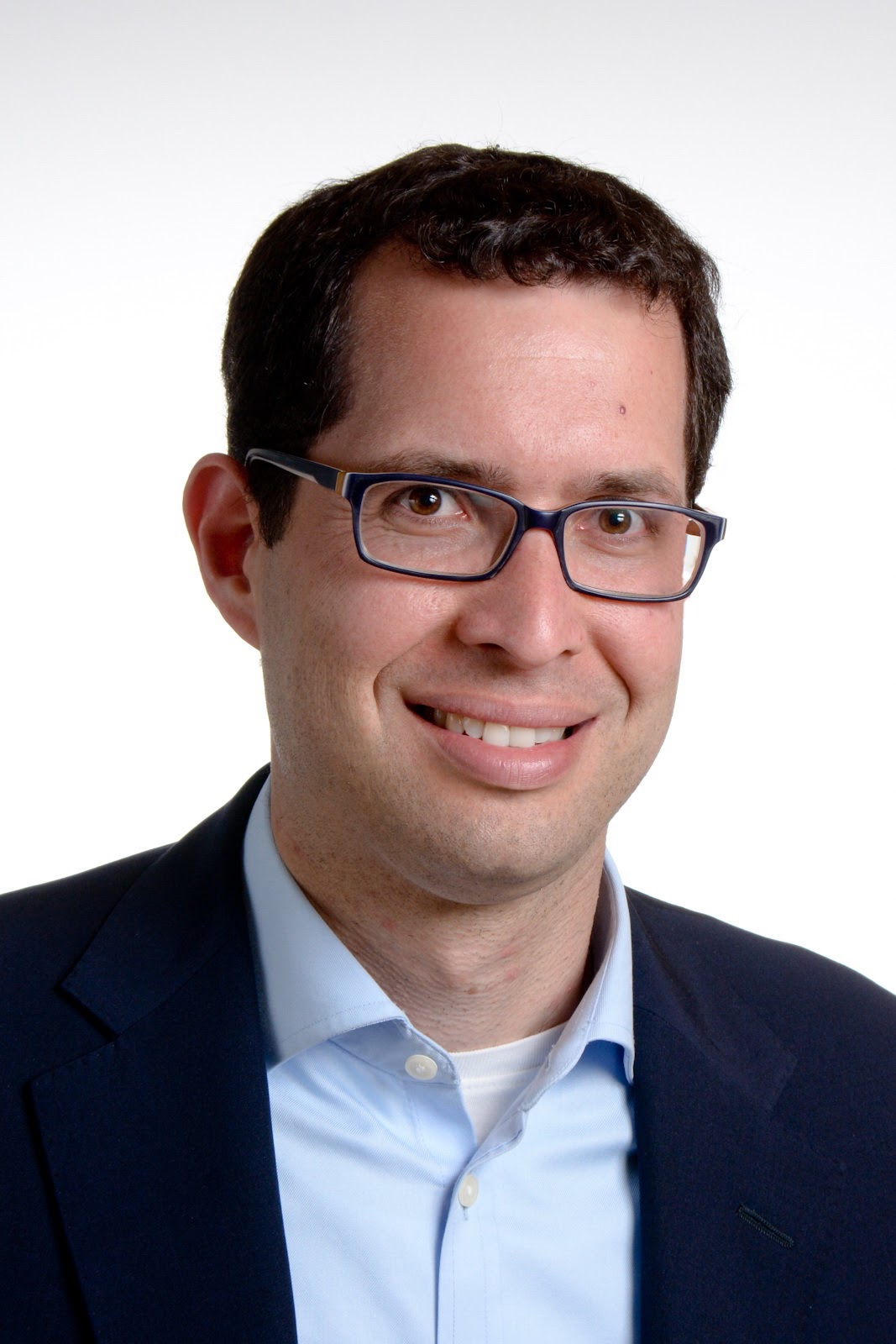 Yehonatan Givati is an associate professor at Hebrew University Law School. He is also affiliated with the Center for Empirical Studies of Decision Making and the Law.

His scholarly interest lies in the area of economic analysis of law. His work is both theoretical and empirical. He applies the tools of law and economics to three areas of law: tax law, law enforcement, and administrative law.

He received a PhD from the Economics Department at Harvard University in 2013, and an SJD from Harvard Law School in 2011.

Givati served as a visiting professor at the University of Chicago Law School and at Columbia Law School. Before starting to teach he was a Post Graduate Research Fellow in Law and Economics at New York University School of Law.

Omer Moav is a Professor of Economics at Reichman University and at the University of Warwick, and formerly at the Hebrew University of Jerusalem. He also served as the head of the advisory board to the Israeli minister of finance in 2009.

He received his PhD in economics from the Hebrew University of Jerusalem and spent a year at MIT as a post-doc fellow. Moav was awarded in 2012 the Landau prize from the Israeli mifal hapais for his achievements in research in macroeconomics, he was awarded the Rector’s prize from the Hebrew University in 2006 for his research and teaching. Moav’s research focuses on economic growth and development and is published in the leading journals of economics. He often comments in the Israeli and international media on the Israeli economy.

Veronique de Rugy is the George Gibbs Chair in Political Economy and Senior Research Fellow at the Mercatus Center at George Mason University and a nationally syndicated columnist. Her primary research interests include the US economy, the federal budget, taxation, tax competition, and cronyism. Her popular weekly columns address economic issues ranging from lessons on creating sustainable economic growth to the implications of government tax and fiscal policies. She has testified numerous times in front of Congress on the effects of fiscal stimulus, debt and deficits, and regulation on the economy.

De Rugy is the author of a weekly opinion column for the Creators Syndicate, writes regular columns for Reason magazine, and she blogs about economics at National Review Online’s The Corner. Her charts, articles, and commentary have been featured in a wide range of media outlets, including the Reality Check segment on Bloomberg Television’s Street Smart, the New York Times’ Room for Debate, the Washington Post, the Wall Street Journal, CNN International, Stossel, 20/20, C-SPAN’s Washington Journal, and Fox News. In 2015, she was named in Politico Magazine’s Guide to the Top 50 thinkers, doers and visionaries transforming American Politics.

Previously, de Rugy has been a resident fellow at the American Enterprise Institute, a policy analyst at the Cato Institute, and a research fellow at the Atlas Economic Research Foundation. Before moving to the United States, she oversaw academic programs in France for the Institute for Humane Studies Europe. She received her MA in economics from the Paris Dauphine University and her PhD in economics from the Panthéon-Sorbonne University.